A Ghost Story, A Headless Marie, and Vintage Halloween 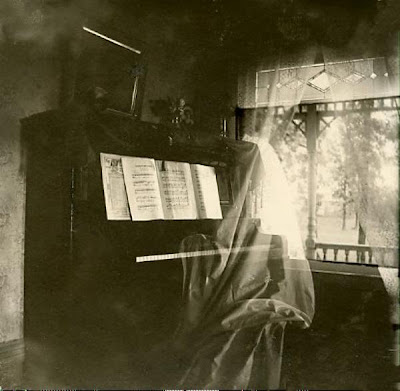 Have you ever seen a ghost?

When I was around 7 years old, I was staying overnight at my best friend's house. This house was a huge doctor's manse that had been built 100 years prior. It was the type of house with lots of hidden doorways and intriguing little cubbyholes that kids love to play in. Elizabeth's dad was not home that night and her mom said that Elizabeth and I could sleep in her room and she would sleep in E's room. Cool!


I don't remember why, but Elizabeth got up through the night and went to sleep with her mom in her own single bed and I woke up all alone. What woke me up was extreme cold. I was freezing and thought there may be a window open - looked around in the dark, but the windows were all closed. I was so cold I had goosebumps and I remember feeling almost electrified. It was then I noticed the small door to the attic that was in one of the bedroom walls was ajar, just about an inch. As I looked at it, it started to open more. That black one inch band became two, and then three......and that was it for me.

I scooted off that bed and out of that room so fast, ran down the hallway to Elizabeth's room and her mom woke up. I didn't want to tell her that I was scared (I was a BIG girl of 7!), so I suggested that she and Elizabeth move back to her double bed, and I would sleep in E's room. Elizabeth's room was half the size of her parent's room, with no weird cubbyholes or doors to the attic - it was also warm. I eventually fell asleep and the next morning woke up wondering just what had tried to visit me the night before. What do you think? Overactive child's imagination, or a ghost? 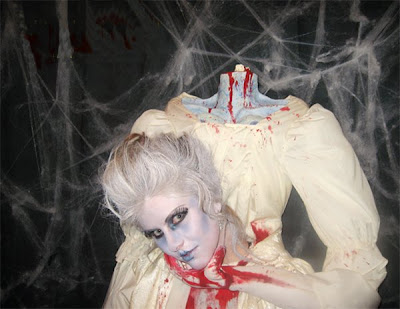 Instructions to make this inventive Halloween costume by Nicole Magne is on Etsy's The Storque. It is too late this year, but definitely something to keep in mind for next year.

No instructions for this, but how about being a tree: 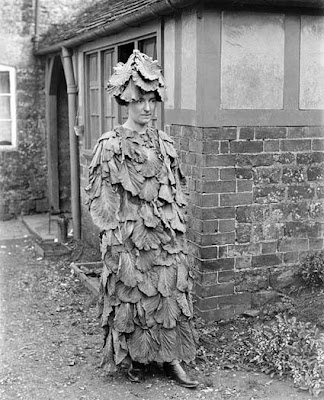 An idea for next year's Halloween party (sculpt the head out of paperclay, unless you have a friend that doesn't mind you getting creative with them. mwwwwwhhhahaha) 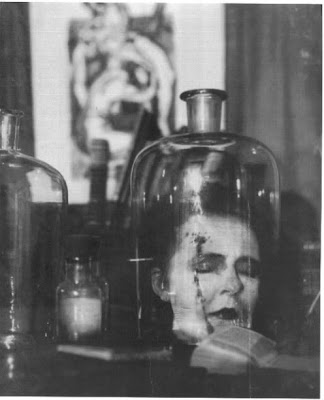 On that note, I will wish you all a happy and safe Halloween! 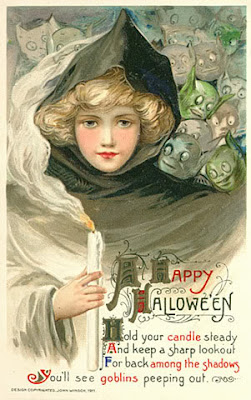 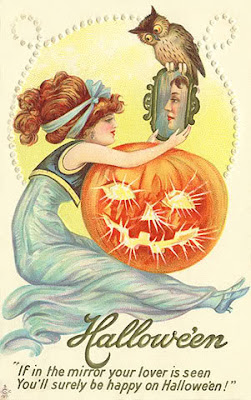 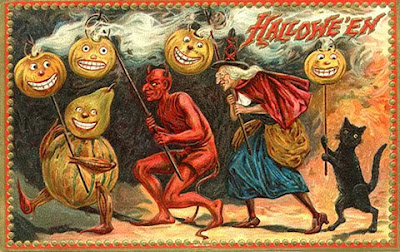 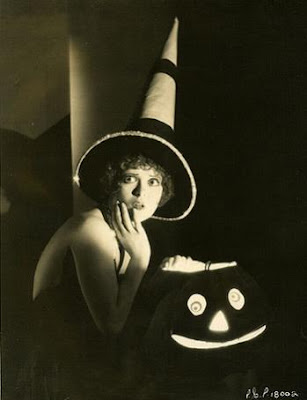 I have been busy finishing up a couple of commissions for this week and also working on my ADO Challenge piece, which I hope to have completed tomorrow or Thursday. I'll post pics as soon as she is done. I'm also working on my swap piece for the Monsters Under the Bed swap (that has to be done first week in Nov). Yikes! Time flies!

For many, Hallowe'en is a much beloved time of year that has its roots going back thousands of years. The video below offers a short and concise history of this holiday. 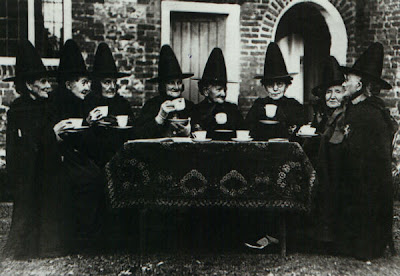 These old gals look so authentic! Love this pic! 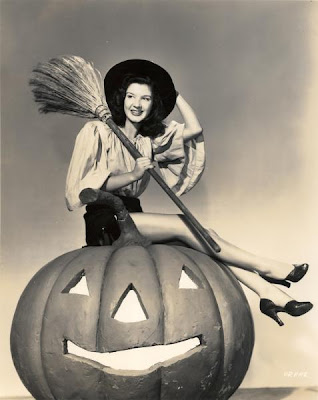 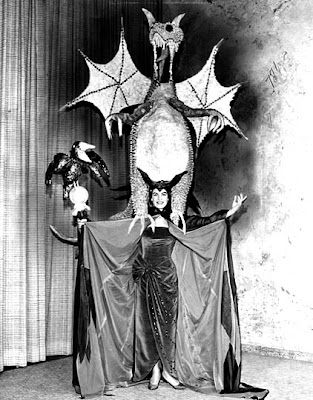 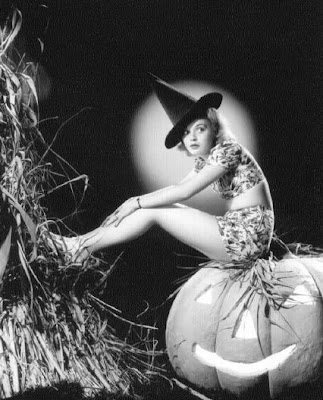 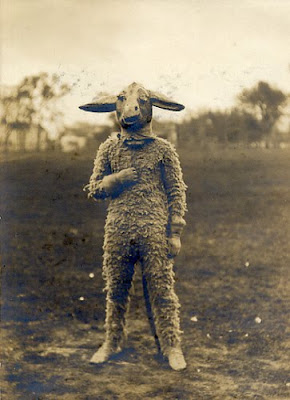 (I never thought a lamb costume would look kind of scarey)

I'll end this post with a favorite Hallowe'en song from a favorite movie:

Labels: halloween, history of, This Is Halloween, vintage pics 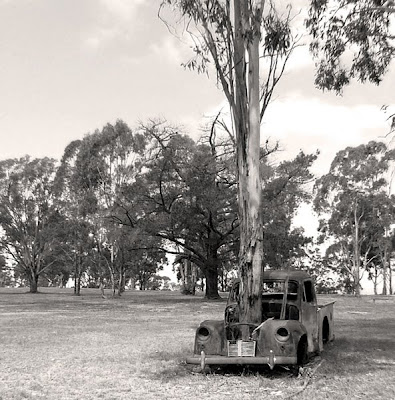 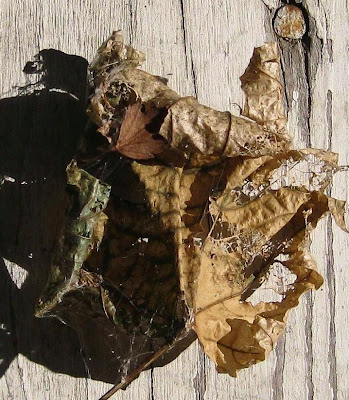 I love everything about the Fall, the colours, the crisp air, the

crunching sound of the leaves as you walk through them, and the fabulous smell of decaying leaves. I saw this leaf today and was enchanted by the textures of the leaf, the wood, the cobwebs and the lacy membranes that are so tentatively holding onto some of the holes. 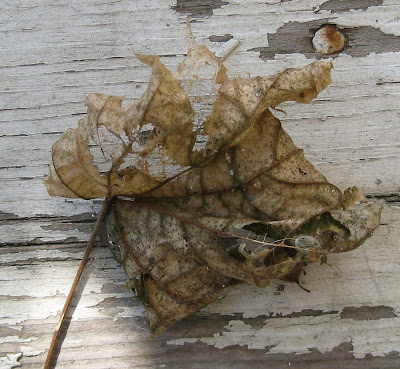 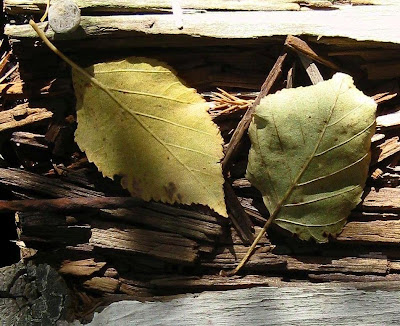 And do you see the little woodland sprite peaking out...... 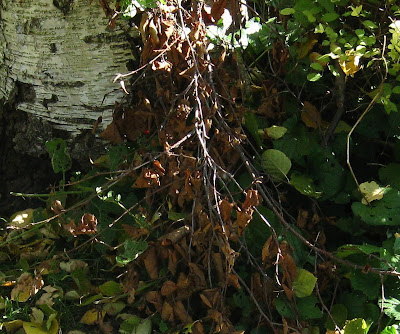 I did get some pretty pics of red, yellow, orange leaves, but these are more interesting to me.

See It If You Can


It is supposed to be fabulous. A couple people I know saw it and absolutely loved it. Laughed, cried, enjoyed. For the child in all of us!

Labels: Where the Wild things are 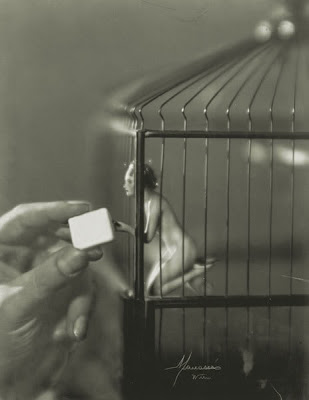 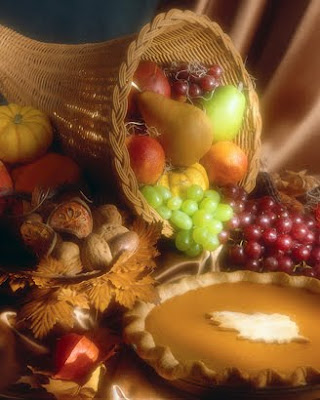 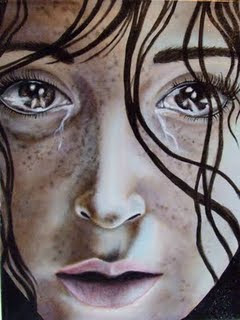 I want to introduce everyone to Trinity Heart Studios, a brand new blog that my eldest daughter, Nicole, just started tonight.

Nicole is a talented artist and is just getting into the fun part of putting herself on the web (I've been bugging her for over a year to start a blog!)

Please check her out and say "hi"!

One of those Days 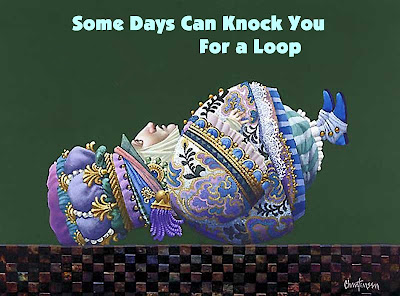 was one of those days. A day that we had all planned out (first mistake) as it would be very busy, and then one thing after another went wrong.

- tied up in traffic on the highway due to an accident up the road caused us to be late for an appointment.

- the pump we rented to take the water level down in our pool so we could close it, was defective and blew a fuse. The fuse box sparked, now we need to have some electrical work done on the fuse box. We also have several areas of the house without electricity, including my laundry room.

- What seemed like a mini tornado blew through town, no major damage, but lots of branches down and leaves in our yet-to-be closed pool. Also some nervous moments.

- My van was backed into and I now have a driver's side door that is trashed, plus part of the A-frame is wonky.

I was going to sculpt tonight, but decided against it. Probably a good thing.

Tomorrow is another day and rather than making down to the minute plans I think we will just take it as it comes. LOL

Cold and blustery here today....a taste of things to come.