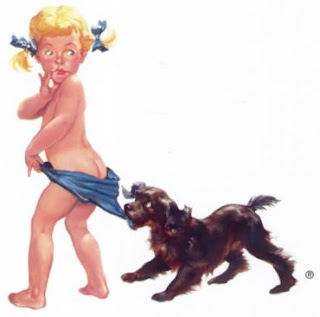 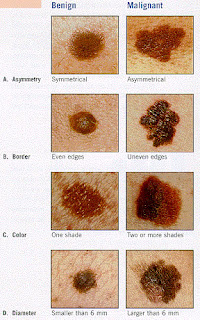 Thank you so much for this informative post. My husband and I go into the dermatologist every three months to have skin cancer lesions taken off. He worked in the field as a farmer since the age of 6 or 7, and I got sun poisoning on my shins 34 years ago in Miami, therefore he gets the lesions taken off his face and I get the lesions taken off my shins. It seems like in the 60's the in thing to do was to have a deep golden tan, but before the tan comes the burn. I wish I could have had the information back then that is available now on sun damage.
Keep us posted on Nicloe...
XOXO
Dessa Rae

Thanks Sue, I have one mole that I have been keeping watch on and it doesn't look anything like those but...?
blessings,Flora

Never applogize for this type of post Sue it is to important and a big message for my husband. I have told him at least 5 times to go in and get two moles checked on his back and he refuses. I'm going to read this to him as soon as I'm done here. God bless you for posting this I'm going to send it to all my friends and family! Let us know as soon as you can about your daughter. Hugs, Pearl

It's probably not easy for you to post this, knowing what Nicole is going through, but bless your heart Sue. We were/are so ignorant of all that goes along with the wonderful tan we think we need. I've been putting things off myself, so this is a kick in the backside to go get things checked. A very close cousin lost his battle with an itchy, then bleeding mole two years ago. It's an ugly thing to go through....

Hugs, prayers and love for you and yours. Remember, I'm here....

This was a thoughtful and informative post Sue. Thanks.

Oh, sweet Sue, I am sorry that you've had to make such a close acquaintance with this horrible disease! However, this information can definitely help us all, and for that I am thankful. I hope Nicole is doing well...please keep us posted!

Your advice is too true Sue. I hope all is going as well as can be hoped for.

Hi Sue! Great post! Thanks so much for giving us all this important information. Blessings to you!

Sue - this is such a great post, and I will add that even people who never were overexposed to the sun can have very deadly moles. ANY mole that turns dark, or changes shape should be looked at by a dermatologist. A good reminder for me to get my check-up. Love to you, and to your Nicole. Thank you for this! xoxo! Pam

Thanks for this valuable information, Sue. I'm still keeping you and your dear Nicole in my thoughts and prayers.
xo

Thank you for spending your precious time on this subject. I hope to present an entire post to cancer as well. You showed facts and allowed all of us to read and become aware of the symptoms. I did not want to even think about cancer because in doing so, I thought that it might draw it to me. Now, after my daughter was diagnosed with multiple myeloma, all I can think about is how foolish I was in not becoming aware of cancer and embracing all that can be done to prevent it.

...and hugs to you and Nicole.... hope all goes well with the surgery and recouping.

I must remember to be ever so careful in the summer months now that I am going to be golfing more.... I did burn the top of my ear this summer...and it is itchy often. Need a bucket hat, forget caps.
My regular doc looked at it and says she can't see any roughness at all... but, I'm thinking I should get her to refer me to a skin specialist. They look with better glasses I think.

Wonderful info Sue and thanks for sharing. I know of someone that has had skin cancer removed a few times. More people should be aware of this but sadly are not or don't take it seriously.

Dear Sue, thankyou for this post,---I have had those ,:what to look for-photoes laying in a map-for some years now,- to be able to watch ,if what`s on my body ,now and then,-looks anything like those ...
I`m so sorry about your daughter and pray she will have a succesfull surgery,dear.
Blessings and hugs, Dorthe

Thank you so much for the information Sue. I will definitely visit the site you suggested. I'm a native Floridian and in my younger years, I spent a lot of time in the sun.
I will continue to keep your daughter in my prayers and that she will recover from all of this soon.
Blessings and best wishes,
Evelyn