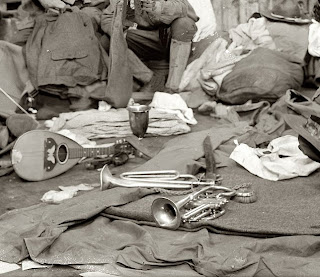 Nicole moved back to Toronto earlier this week, after almost 3 months of being here at home.  She is doing well, has had some further tests and we are awaiting results, but the plan is that she returns to work on Monday. 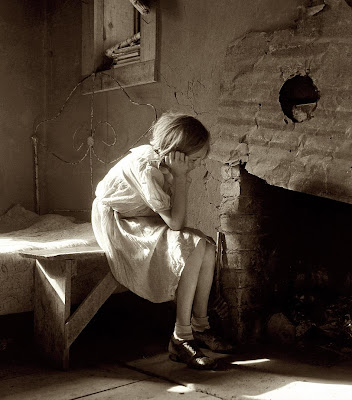 I missed having coffee with Nicole, chatting about different art projects, even watching tv (something I rarely do).  I even miss her two cats, Mordecai (the Statesman)... 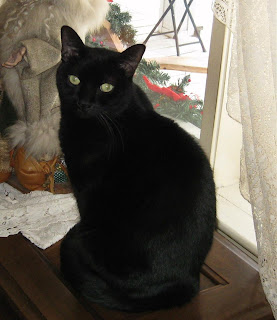 and Edward (the Terminator) 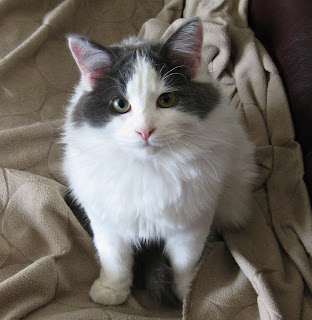 I'm actually missing having four animals tear around this house - well maybe not when I'm trying to sleep!

I am looking forward to getting my studio back in order and finishing a Kindred (that I should have finished before Christmas)  and starting on some new pieces.  I want to try my hand at making some eyes and also an idea I have for wings.  I also have to get back to an exercise routine.  I have not exercised (or watched my diet) for three months now.  I don't look quite like this (and I don't mean because I am female)
... 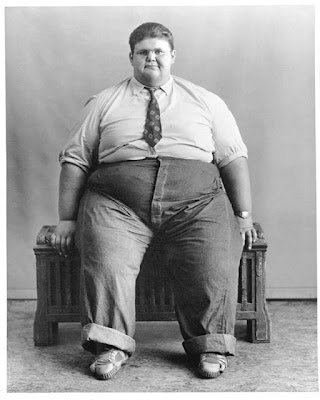 but I soon will if I don't get movin'!


So, I need to shake this feeling of listlessness 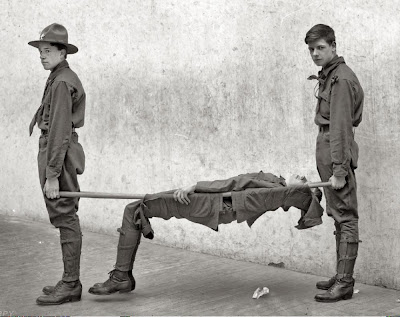 and regain my energy and motivation


Hoping everyone has an awesome weekend!

I'm so happy for your daughter Sue she has had one rough road. She will be glad I'm sure to get back into the routine of life. Sounded pretty wild with the animal crue you had, never a dull moment with animals. Your picture story was quite good and hope you lose all that flub soon :) Have a relaxing wken, Pearl

Your post made me smile! My first time here because you so kindly posted on my blog and thanked me for the links to the Etsy shops that sell the ribbon.
Oh yes! You'll miss your Nicole and her critters! It's hard when our children leave home. :-( But...there ARE compensations...like time to create! :-)
Hope you have fun with the ribbons! And please come back and visit with me again.
Loved your kitty photos! Beautiful little fuzzies!
Diane

Isn't it a lonesome when they all fly out the door, off to their own adventures? I hope you get some time to make another beautiful doll, it will help. :) I LOVE the cats! We have 3 cats and 2 dogs and it is mayhem here most of the time. I'm on a diet, too. Blech. But it must be done. xox!

Glad Nicole is on the mend and getting back into life, albeit without her awesome mom around. I'll get a note off to you sometime this weekend and tell ya all the fun going on here. STAY WARM!
And hug your fuzzies :)

Sue, I'm wishing you the best in getting back to your life. When my daughter had her stem cell transplant, we spent 4 months together..such a strange yet wonderful time. But..I overdid too. Too much food at fine restaurants to compensate for my "sorrow." I used any excuse I could to reward myself for being so good for all that time. Reality struck and I had gained a lot of weight when I returned with my daughter. She was and is doing great but I had the weight to contend with. So...I think reward for awhile and then get back to normalcy so that you are healthy and sound..Whew..sorry about the long dissertation..I just want you to take care of yourself now Sue...you are so deserving of it.

So glad your back Sue, No doubt it will be hard having Nicole gone after being able to spend such quality time together.
Your post cracked me up. The cats and dog, too funny. I'm sure you will miss them too!
I'm sending you a pm.
hugs Lynn

Hi sweet Sue,
I can imagine you feeling lonely, now, after so many months together, in big emotional feelings-about Nicole, and her cancer--first the being afraid,- then the hope, and lastly, and happily, the big,big joy-that they could get all away.
But I think, now being piecefull in mind, it will be great fro you, to start creating your wonderfull dolls again.
I guess your animals -and Nicoles, -are maybe happy ,too :))))
Hugs, dear-
Dorthe

I am glad to hear about Nicole, though I know it must be hard to have her away from you.

I know you will get back in the swing of things, and can't wait to see what you come up with, creatively.

Glad to hear that Nicole is heading out again on her own, and is feeling better. However, it is hard to have someone leave once you get used to their company...empty nest all over again! I am sure that creating will get you feeling "back to normal"....can't wait to see what you come up with!

I imagine it is hard to get used to not having Nicole Sue... When she and her animals were there that became the "new normal" and now it's gone...

Putting in my hugs and best wish for you and Nicole, Sue....
I'm sure it will take a while to get back to being on your ownsome....

Hey! what kind of eyes are you making? I am wondering where Black Eyed Suzi finds the eyes in her dolls like the one I made. Do you think perhaps she makes her own? I do see in one pic a strip of paper...with holes punched in it. I wonder if they are as simple as painting blue...and putting on a few drops of Glossy Accents...I am trying it with a few to see how it works. Other than that.... any place you can think of that sells eyes without the whites? Hers are plopped directly into the paperclay from the look of a close-up... but, she isn't telling...so I'm left guessing.....

It will be great getting back into your routine and the fact the Nicole went home means she is doing well!! There's always a silver lining! :)

For different reasons I know where you are coming from Sue. I am sitting in transit accommadation waiting for our house to ready and our possessions to arrive. Limbo is a good way to descdribe it

Hope you get back into the swing of things soon.